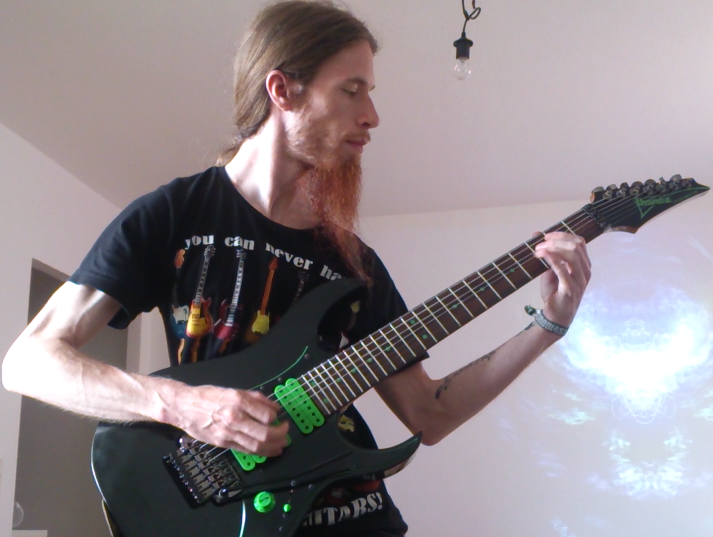 So, I finally managed to record the new song I promised here. The video is here:

I figured I might try going a bit into detail, in case anyone’s interested – I’m not sure, why they should be, but who knows 🙂

which was followed by

Let a bananifold be an object that locally resembles a banana.

A Manifold is a subset of a vector space, that (more or less) locally resembles a lower-dimensional vector space. A beautiful example is the surface of a sphere: Obviously, a sphere is a three dimensional object, but if you zoom in enough, the surface looks sufficiently two dimensional that we can e.g. draw maps of parts of it. Any map of the whole earth is always inadequate in some way (which is why there are so many different ways to map the whole globe – each trading accuracy in some aspect for inaccuracy in some other one), but if you just look at e.g. a single city, you can draw a map that is sufficiently accurate that it’s difficult (if not impossible) to see, that it’s not actually flat – the curvature doesn’t matter anymore.

This is of course only an analogy – the actual definition is given via homeomorphisms (“maps”) on neighborhoods (“local areas”). 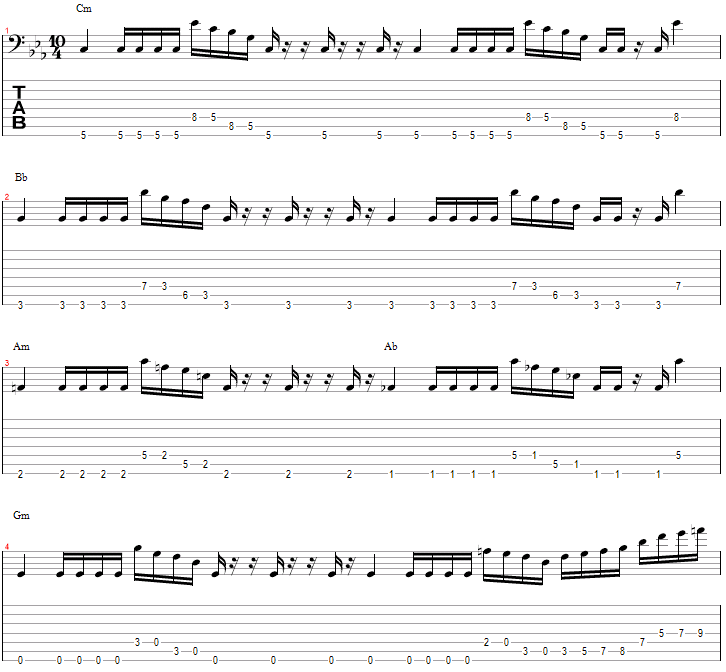 The verse (in 7/4) is kicked off (and continuously accompanied by) the following clean guitar part. The “melody” notes are emphasized, since those will show up later again:

It starts off in Gm, but as soon as the lead guitar enters, the primary chord is an Ebj7. This is to emphasize the Lydian scale as the primary mode (I love Lydian – it’s a major scale, but it doesn’t sound as trivially happy as the “normal” major scale), shortly switching back to Gm, which basically serves as a subdominant, following an AABA structure: 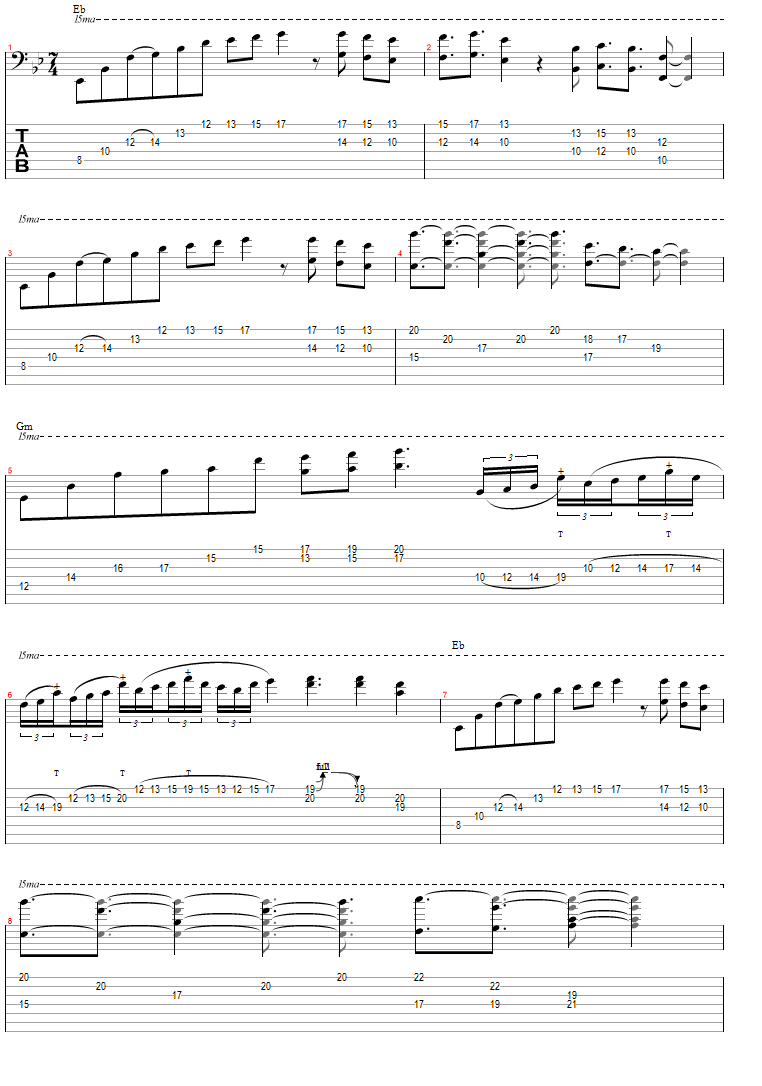 The tapping part of the verse is in G major:

The bridge / solo section starts of with the clean guitar playing this:

Note, how the upper notes are the exact same melody as the emphasized notes in the previous clean part, but this time played straight in 4/4. However, the rhythm guitar is playing an 11/8 over it, which runs through the solo section:

Those are the most “interesting” (for a lack of a better word) parts of the song. The full tabs can be found here (gp5 format).