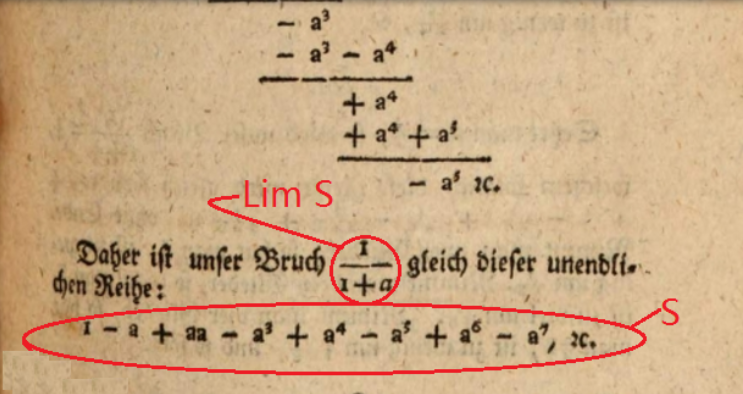 (Previous post on John Gabriel: The Dunning-Krüger Effect in a Nutshell)

Few people can ever begin to match my intelligence and depth of insight. I am not arrogant or deluded.

Yeah. That’s an actual quote. I’ve been made aware of Gabriel’s LinkedIn page, where he wrote hilarious posts about his new calculus and his axioms for arithmetic. And (as someone on Mathematical Mathematics Memes pointed out), it’s becoming increasingly plausible that this guy has some mild form of mental illness, or at least a personality disorder. I mean that without a hint of irony – the narcissism and ignorance of this guy even dwarf Donald Trump. Here are just some further choice quotes:

“After Euclid and before me, not a single mathematics academic, ever understood what is a number. That’s quite a big statement, but I have proved it.”

“Georg Cantor, whom I consider one of the greatest fools in mathematics and the reason so many have problems with math.”

“I loathe mainstream academia and it’s hard for me to restrain myself. My tolerance for stupid people has long ceased to exist.”

“I realised many years later, they rejected my discoveries for several reasons, but the one that stood out is the fact that they did not like me personally. Truth or proofs had little to do with the rejection. They decided to libel and defame me, rather than study my ingenious work which is worthy not of one Abel prize, but of ten Abel prizes.”

“One would think that given I am helping future generations of aspiring young mathematicians, they would be grateful and welcome this new knowledge I reveal. But no, my life has all but been destroyed by the efforts and attacks of the most vile scum in mainstream academia.”

“The NC is the first and only rigorous formulation of calculus in human history. That is an incredible accomplishment given that no one before me was able to do this – not even the so-called greats such as Archimedes, Newton or anyone else. It is no longer debatable, but proven fact.”

John Gabriel – Jesus, Aristotle, Newton and Einstein all rolled into one. Praise him.

Yeah. Verbatim, people, verbatim. And I don’t think he’s a troll either – he’s been doing this for years, if not decades, and he takes every piece of criticism as a personal attack. He really seems to think he is god’s gift to humanity. So, let’s continue to take him down a notch.

In the second video on John Gabriel’s YouTube channel, he starts ranting about how calculus (unlike his new calculus, which is perfect in every way!) is wrong, which means I might as well use this opportunity to explain why it’s not and in general how this stuff actually works. Unfortunately (or fortunately, depending on your aesthetics) that means getting into serious math territory – many things that Gabriel gets wrong have to do with the fundamental definitions of e.g. convergence, the real numbers etc. However, if we want to see how wrong Gabriel really is, we first need to make sure that we all agree what the “official” (i.e. “right”) definitions of all those concepts are, what motivates these definitions and what their implications are.

Disclaimer: I will assume that we all know and somewhat agree that rational numbers are, like, a thing – that is, numbers that can be expressed as fractions of integers \(\pm\frac ab\). The set of all rational numbers is denoted as \)\mathbb Q\), the set of all natural numbers – i.e. the numbers \(1,2,3,\ldots\) – as \(\mathbb N\). I mention this, because I will have to talk about what “real numbers” really are in modern mathematics – something that Gabriel really doesn’t seem to grasp. Also: Usually I prefer to have \(0\) to be a natural number, but I specifically exclude it from \(\mathbb N\) here, just for convenience – it allows me to e.g. define a sequence \((\frac1n)\) without needing to worry about the case \(n=0\).

Second disclaimer: I’m not a historian. I might get some, many or all of the historical details wrong. I’m writing this pretty much from the top of my head. The same holds for all definitions, proofs etc. With respect to the historical stuff, it doesn’t even matter – after all, almost everything to do with actual mathematics has changed since then, and what’s important is the motivation behind this stuff, not the precise historical development, which is why I can’t be bothered to fact check this in detail. With respect to the actual math: It’s waaay more fun to redevelop all the concepts from the top of my head, rather than looking everything up in textbooks. So don’t believe anything, check everything for yourself and see whether it works out. I’m still, like 90% sure that all my definitions are either standard or equivalent to standard definitions, so don’t reject everything I say out of hand either.

The Origins of Calculus

Calculus was developed by Isaac Newton and Gottfried Leibniz. It’s not quite clear who invented it first; it’s not unlikely that they invented it independently of each other, inspired by similar problems. What we do know is that Leibniz published his calculus first and it’s his notations that we still use today. Newton (of course) claimed he invented it first and he used it to prove, that an inverse square law like the one in his theory of gravity would in fact imply elliptical planetary orbits. It’s an astonishing feat of intellect – this guy basically came up with a working, mathematical theory of gravity to explain planetary orbits, and invented completely new mathematics just to prove that it works.

Calculus is (quote Wikipedia) the mathematical study of continuous change. Its basic objects of interest are continuous functions on the real numbers (often described as “functions whose graph can be drawn in one stroke without lifting the pen”) and its most important notions (besides continuity) are derivatives and (basically the inverse to derivatives) integrals. Nowadays, we define the latter using limits of sequences, and those we define using \(\epsilon\)-\(\delta\)-criteria, which we have to thank Augustin-Louis Cauchy and Karl Weierstrass for.

However, in Newton’s and Leibniz’ times the “limit of a sequence” wasn’t yet a well-defined notion; instead, they used infinitesimal numbers in the development of their theories. So here’s approximately their thought process:

For our function, that means:

Obviously, there are problems with that reasoning: What the hell are those “infinitesimal numbers” that are suddenly introduced, that I can can apparently add and multiply and divide by (I mean – I can’t divide by zero, but I can divide by something that’s “infinitely close” to zero?), but then in the end I just ignore them? What’s that all about? Is this supposed to make sense? And if \( \partial x\) is “infinitesimally small”, shouldn’t that mean that \( \frac 1{\partial x}\) would have to be infinitely large? Does that still make sense? What’s going on here? Aaaaaaaah!

Well… the thing is… it sort-of works. At least for relatively simple functions as the exemplary one I used it yields meaningful results, regardless of how weird the reasoning to justify the method is. But infinitesimals were never quite satisfactory, which is why Cauchy and Weierstrass tried to put the whole thing on a more solid basis.

Interestingly enough, this whole infinitesimal stuff was actually formally grounded in a rigorous way in the 20th century (and resurrected as “non-standard calculus”). But the way “standard” mathematicians interpret and think about calculus and real numbers in general is in terms of cauchy sequences, limits and \( \epsilon\)-\( \delta\)-criteria, so let’s explain the modern foundation for calculus now.

So, why are sequences interesting? Consider the following two examples:

There’s something fundamentally different about the two: Obviously, if we increase \( n\), the first sequence \( (a_n)\) will strictly increase as well, while the second one \( (b_n)\) strictly decreases. Okay, that’s not too interesting, but if we look closer, we notice that the first sequence is also unbounded: Pick an arbitrarily large number \( r\) – at some point the first sequence will grow larger than \( r\) (just pick any natural number \( k\) larger than \( r\), then \( a_k=k>r\)). For the second sequence however, we can give a lower bound; e.g. \( -1\). Even though \( (b_n)\) strictly decreases, it will never become smaller than \( -1\).

Definition: Let \( (a_n)\) be a sequence of rationals. Assume there is some rational number \( L\) such that the following holds:

If no such \( L\) exists, we say the sequence diverges.

Okay, this looks a bit complicated, so let’s explain it in more detail: We say a sequence \( (a_n)\) converges to some number \( L\), if we can get “arbitrarily close” to \( L\) by making the index \( n\) of our sequence larger. This “arbitrarily close” we can express formally by thinking about it as a kind of game: You tell me how close to \( L\) you want to be, by giving me an (arbitrarily small) distance \( \epsilon\in\mathbb Q\). Then I’ll give you an index \( n_\epsilon\) in return, such that all subsequent elements in the sequence are closer to \( L\) than your chosen distance \( \epsilon\) – i.e. for all subsequent indices \( k>n_\epsilon\), we have \( \mid a_k-L\mid<\epsilon\). If I can always give you such an initial index, no matter how small a distance \( \epsilon\) you choose, then I can adequately say that the sequence converges towards \( L\).

…eeeexcept, of course, that this only makes sense if the sequence \( (f(a_n))\) converges at all, and – more notably – that the limit does not depend on the specific sequence \( (a_n)\). So instead of defining the limit of a function using sequences, we will use another \( \epsilon\)-\( \delta\)-criterion:

Alright, and now we can finally define derivatives using function limits – the idea being, that instead of picking an “infinitesimal number”, we take the function limit of the quotients:

You’ll note, that this is exactly what Newton and Leibniz did; except that we got rid of those pesky infinitesimals and only used notions, that are formally and rigorously defined – there’s no room for ambiguity anymore. Furthermore, all of this works perfectly and beautifully – for example, all of the following highly desirable properties (assuming all the occuring limits exist) hold and can be easily proven using the above definitions (left as an exercise):

…and we didn’t even touch the real numbers yet!

(Next post on John Gabriel: Calculus 102 (Cauchy Sequences and the Real Numbers))